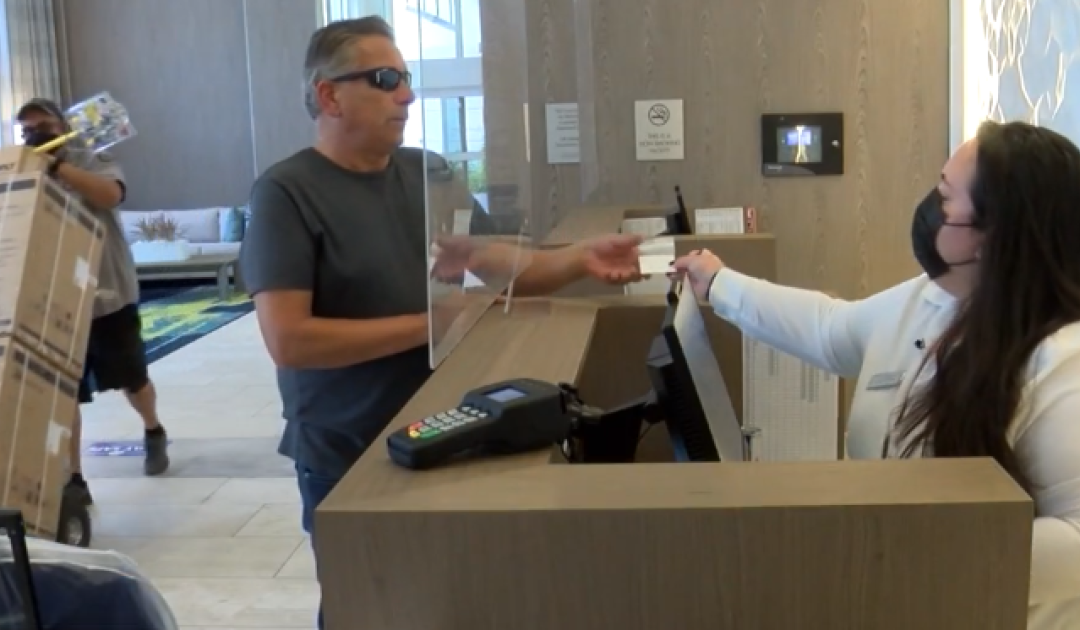 WEST PALM BEACH, Fla. — One year ago, the American Hotel and Lodging Association reported historic low occupancy at U.S. hotels forcing some to lay off or furlough over 70% of workers, While many of these hotels have rebounded there’s still room for improvement. And the voids many hotels in our region are still experiencing go beyond filling positions.

”We’ve been keeping really good occupancy from 60 to 80-percent. We’ve had times where we were sold out,” said Nora Lopez, Courtyard by Marriott property accountant. “We’ve been very fortunate.”

And the hotel’s housekeeping executive Natasha Alliance has 30 to 50 rooms to inspect ensuring they’re ready to be filled. She was actually hired in July and more work exists.

”I’m so excited because it keeps me busy because I don’t like to sit around,” Alliance said. “Kolter is about loyalty, growth and job security.”

”There’s opportunity and all you have to do is knock on the door,” Webb said. “One of the unique things about this industry that I love is someone can come in at a very entry-level position and they can end up a general manager or a vice-president of operations and you don’t have a formal education. It’s one of the few industries left in this country that without a formal education you can really grow in.”

But growing a loyal team isn’t the only hurdle.

“We need things to open up still,” he said.

Webb is referring to the re-opening of business travel, more conferences and international travel.

”International travel is pretty much shut off. It’s very difficult still,” he said.

“The meeting and convention market is like an insurance policy into the future,” Pesquera said. “You put that business in the books and it creates a layer of assured activity into the future so that allows the hotels to do what is called yield management so they control rates and availability so that they maximize their occupancy and their average daily rates.”

Pesquera said in August there was a 56-percent occupancy in South Florida but the most difficult and challenging months for hotels are still upon us.

“August, September, October and November are the months where the occupancy and the demand has traditionally has been lower. That is why those months become important from a meetings and convention markets perspective,” he said.

The numbers reported by both Kolter Hospitality and Discover the Palm Beaches reveal South Florida is a vacation destination for the “traditional vacation and leisure traveler” but there’s planning in the works for other categories of people coming to Florida.

”Searches on our website are increasing significantly,” Pesquera said.

”People have to get back to work and we’re hoping that they realize the opportunities that hospitality can provide,” Webb added.

Kolter Hospitality, LLC has a half dozen hotels in our area and is considering education assistance to incentivize new talent. To learn more about the job opportunities just click here.